On October 11, 1996, Floyd Mayweather won his first professional boxing match, knocking out Roberto Apodaca in the second round.

On August 26, 2017, Floyd Mayweather won his fiftieth fight, after delivering a technical knockout to Conor McGregor in the 10th round. This makes him the best boxer in the history of the sport. No one has come close to what Floyd Mayweather has achieved.

In that time, Floyd Mayweather became one of the most famous athletes in the world, and one of the most successful businessmen. His business acumen led him to become one of the world’s richest athletes, without ever licensing his name or diluting the Mayweather brand. In fact, Floyd Mayweather was very careful about staging a career after boxing that would not only increase the value of his portfolio, but also strengthen communities and empower entrepreneurs to realize their own dreams.

This is how Mayweather Boxing + Fitness began.

“Floyd never took a major license deal or sponsorship,” says James Williams, CEO and co-founder. “He said he wanted to maintain the brand equity in the Mayweather name, so that he can build a business he’s passionate about, that he’s the owner of, and that he will focus his time on to become his legacy outside of boxing. This is the first time he monetized the Mayweather name outside of the sport, and that’s why this franchise is going to be such a success.” 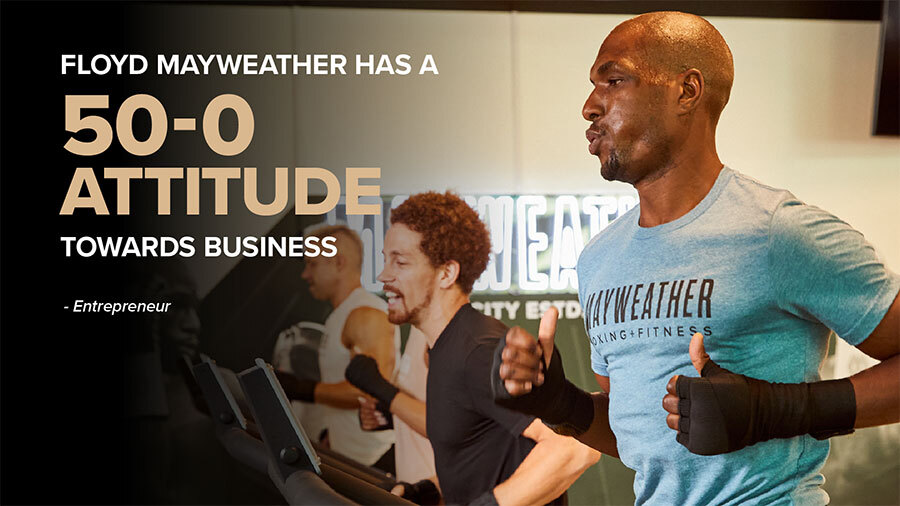 That’s right. All of the champion mentality and unique workout techniques that got Floyd Mayweather to a 50-0 career in boxing is now accessible to the members of Mayweather Boxing + Fitness.

Unsurprisingly, Mayweather Boxing + Fitness took off like a rocket. Since the first franchise opened in September 2019, the brand now has over 100 locations open or in development in the United States. The reasons why are simple:

Entrepreneurs are excited to get in on the ground floor of a brand that is destined to be a global leader in the category.

They are also attracted to the fact that Mayweather Boxing + Fitness, as a franchisor, doesn’t cut any corners. The brand invested in the right leadership to ensure that franchise owners coming on board are able to run and grow thriving businesses that made a real impact in their markets.

“Franchising is all about the American dream,” Williams says. “Floyd truly is the personification of the American Dream. He came from literal poverty to earning a billion dollars. So when we started this business, we talked about the different business models that we could engage with. Floyd personally was so interested, excited, and passionate about building a franchise system where people could utilize his brand and the workouts that took him to the top of the sport of boxing for 25 years. He wanted to give people the opportunity to build their own business legacy and create their own version of the American dream.”

The future is bright

With so much momentum behind the brand, Mayweather Boxing + Fitness is already one of the fastest growing franchise opportunities in the United States.

With a goal to open thousands of locations around the world in the coming years, Mayweather Boxing + Fitness is an opportunity for entrepreneurs to get in on the ground floor of a rapidly growing brand.

If you’re an entrepreneur who is passionate about building a legacy and shares our drive to win through hard work and dedication, we want to hear from you.

“We primarily look for franchisees who have a strong business background, are well capitalized, and have a passion for the fitness industry,” Mayweather said to Entrepreneur magazine. “Prior experience in franchising is always a great plus. Franchisees who know how to lead, motivate, and inspire their teams will ultimately be the most successful in running a Mayweather studio. And those who know that starting a business is always going to require hard work and dedication, but who are prepared and excited to put that work in.”

Are you ready to open a Mayweather Boxing + Fitness franchise?

Are you ready to be part of something extraordinary? Now is the time to invest in a Mayweather Boxing + Fitness franchise. To start a conversation about ownership opportunities, please fill out an inquiry form here. We can’t wait to learn more about you!